5 Ways to Expel Negativity Bias from your Relationships 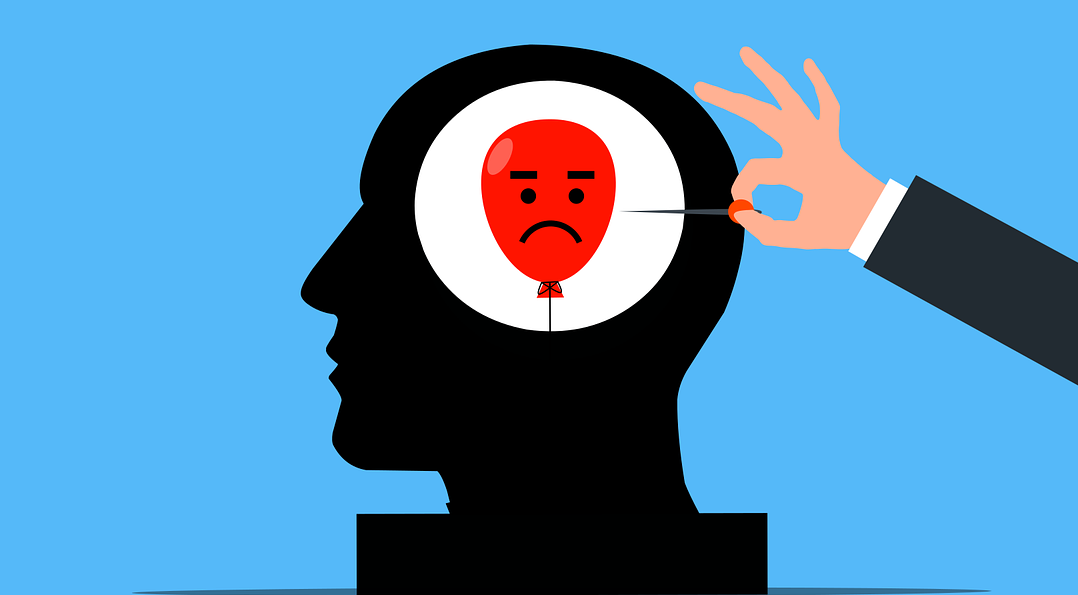 Do you ever feel like you’re looking at the world through terrible glasses? When faced with a challenging scenario, do you always see it as being too bad? Find out why you are plagued by negativity bias and how to fix them.

The way we feel and act has a lot of power, especially over the people around us. It’s not uncommon to feel dejected after watching a film or television show where unfortunate events occur, and the characters adopt a pessimistic or aggressive demeanor? That kind of action infects us with the negative bias to which we are all naturally inclined.

Table of Contents hide
1 What Is Negative Bias and How Does It Manifest Itself?
2 Is There a Psychological Reason for Negativity Bias?
3 How Does Negativity Spread?
4 What Is the Best Way to Get Rid of Negativity?
4.1 Avoid Negative Stimuli at All Costs
4.2 Identify your Negativity Feelings
4.3 Interact with Folks Who Are Negative
4.4 Adjust How You Look at Things
4.5 Make Positive Thinking a Habit
5 Last Words

What Is Negative Bias and How Does It Manifest Itself?

Stopping the negativity bias begins with gaining insight into the root causes of our tendency toward negativity. The tendency for people to easily recall negative bias from an evolutionary attitude is the basis for this idea.

Therefore, negativity as a psychological phenomenon may be explained by the fact that unfavorable first impressions might assist us in avoiding specific hazards and, as a result, we have a greater chance of surviving. Therefore, in practically any interaction, we are more likely to spot and recall the bad aspects of what we are seeing and hearing than we are to detect and remember the positive aspects. To combat negativity in ourselves or others, we must first identify our inclinations.

You have negativity bias when you have the following inclinations:

As a result, eradicating the negativity that has come to rule us is a never-ending process of internal effort that we must go through. When constant negativity takes over our lives, talk to a professional psychologist to figure out what’s going on.

Is There a Psychological Reason for Negativity Bias?

In most cases, negative thoughts that originate from a poor experience or our faults cause us to obsess over them for an extended period. That occurs because negative comments frequently have a higher impact than accolades. As a result, eradicating the negativity that has infiltrated our lives is quite tasking.

The explanation is that our brains are more sensitive to negative situations. Psychologists call this “negativity bias” because it can affect how people make decisions and even treat others.

How Does Negativity Spread?

Unfortunately, negativity bias is ingrained in our nature and can spread from one person to another. Due to a collection of cells known as “mirror neurons,” we’re born with a natural ability to be empathic, sociable, and even mimic others. For instance, newborns may start crying for no particular reason when they hear another baby scream. It’s known as the “crying reflex.”

These neurons are so powerful that humans may copy others not just in conduct but also in feeling. We learn to imitate other people’s actions and mannerisms during the formative years of our lives. As a result, An infant might smile back when we giggle at them. Because adults are their teachers, we get to model our behavior for them. The same goes for negativity

Even though mirror neurons operate in various ways arguably, the most noticeable is in negative events. A scenario may make us uncomfortable, but we may become infected with negativity if we hear or contact individuals who are critical of it. Such that we become irritated for being in such a position.

While being surrounded by positive people and thinking positively about things might be helpful, the impact isn’t as significant as the opposite; When surrounded by negative individuals.

What Is the Best Way to Get Rid of Negativity?

When we’re feeling down, we’re more likely to band together with those feeling the same way. However, if surrounded by positive individuals, we often feel uncomfortable and out of place since we can’t express ourselves fully. Overcoming our pessimism and choosing to find the good in everything takes work, and it isn’t always easy. Here is how to get rid of negativity bias in relationships.

Avoid Negative Stimuli at All Costs

This could be simple or difficult depending on the individual and the type of relationship in question. For example, receiving negative feedback from a coworker or acquaintance isn’t the same as when it’s coming from your mother. You may not have to sever the friendship. Spend some time away from that person at the moment to disconnect from the toxicity affecting your emotions. Temporal separation gives you the chance to deal with the negative feelings resulting from their negative behavior.

To change your negative behavior, you must first identify your negative biases and how it’s affecting those around you. You might start by making drastic changes to your mindset, but we recommend starting with minor adjustments. Start by gradually and actively replacing the negative feelings and thoughts with positivity. Changing your mindset isn’t going to happen overnight. Be patient with yourself and watch the magic happen over time.

Interact with Folks Who Are Negative

Sharing your problems with negative people will not help since their negativity could worsen the situation. Some Life coaches may advise you to run away from them; running away from negative people may not be the best. You may help them by listening to their perspective about things and offering advice that can help to alter their negativity bias for good. Helping people out of negativity can also help you see some gray areas you have to adjust to in your life. Remember, you can’t force anyone to change; know when to draw the line.

Adjust How You Look at Things

The negativity disorder might tarnish how you recall and envision your past events. Consequently, you might attempt to repair these sorts of thinking by reinterpreting events from a more positive viewpoint or viewing them from a neutral standpoint.

The battle against negativity is one we must wage daily from the inside. Don’t just sideline those popping negative thoughts from your mind but consciously replace them with positive thoughts and behaviors. Identifying your negativity biases is the first step toward perceiving life from a different and a more positive viewpoint.