Can Negativity Cause Depression – Can It?

Can negativity-cause depression? The world we live in today is filled with different vices, of which negativity is one. Negativity is the characteristic of being pessimistic. It is also the tendency always to expect bad or negative outcomes.

Depression, on the other hand, is a period of extreme unhappiness or low morale which lasts longer than several weeks and may include thoughts of self-inflicted injury or, worse, suicide.

Negativity As A Vice

Negativity is a bad habit that slowly becomes an addiction. It starts with disappointment in self and consistent self-doubts.

In this case, a usually cheerful person becomes unusually quiet yet unaware of it.

Negativity is a pit that makes you question your survival. Can negativity cause depression?

If the intake of negative news about yourself can dampen or sour your mood for a long period, then there is an obvious chance that you can get swallowed up by negativity. And if not properly examined, it may cause depression.

The bad habit of feeding yourself with negative information or negative events changes your view of the world. And over time, it may transcend from the point of hope to the point of despair and pessimism. That, in turn, may cripple your ability to change your world. 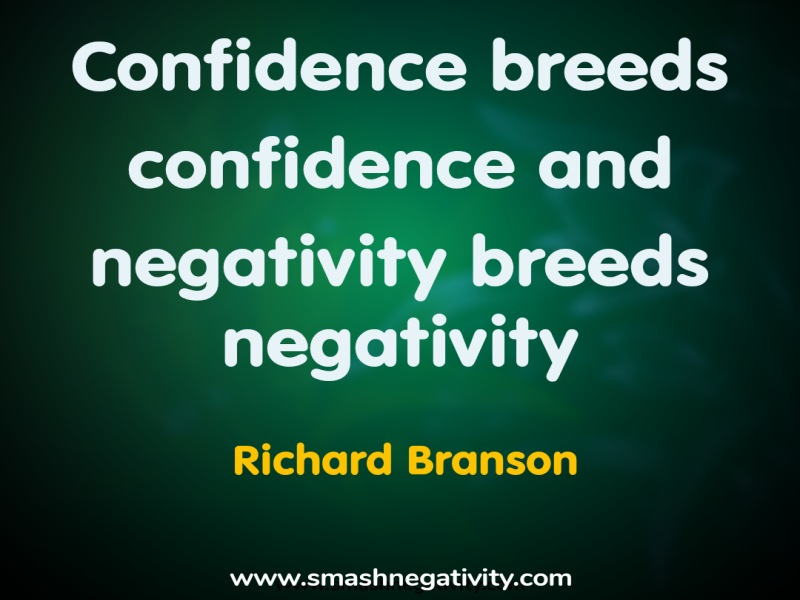 Doubt is the lack of confidence in something which makes you question or suspect it. It may even get to the extent of not believing in that particular thing. However, having doubts from time to time about certain things is healthy. That can be a way of preventing wrong decisions or choices. What is considered unhealthy is being doubtful of anything and everything. Also, anything that leaves you always in doubt about yourself and everything concerning you is not worth wasting your time on.

Pessimism is a general belief that bad things will happen even when everything is good. Although some believe it’s just their temperament, most times, it’s not. However, one may unconsciously pick up some things that eventually shape one’s outlook on life – the reactions to those things picked up along the way from what some take as their temperament. Also, being pessimistic is no better than self-doubts. It is the point when doubts begin to express themselves louder.

Furthermore, pessimism makes one comfortable around negative events because they are what you already believe will happen. Also, when good things happen, pessimism will make you doubt them and think they won’t last for long, or maybe it’s just a mirage. This trap called pessimism would only get deeper when bitterness becomes its best way of expression.

Many people worldwide are bitter; the sadness or unhappiness they feel makes them angry at any slight provocation. Most times, even without being provoked, they get angry. This anger makes them unapproachable by others which drives them to loneliness. Certainly, no one plans to be bitter, but it is just a buildup of negativity.

Again, bitterness is a state of fierce anger with hatred. At this point, the negativity taken in and absorbed makes one question the good intentions of others. And this will prevent you from giving anyone a chance to do good. Why? Because bad things are all, you expect from people every time. However, this pitfall of negativity only becomes deeper with more negativity, leading to a stage called Depression.

This stage of negativity can swallow some up completely and turn them into a true shadow of themselves.

Depression is a state of feeling very sad and without hope. Depression is also a medical condition in which a person feels very sad and anxious and often has physical symptoms such as an inability to sleep. At this point, one might start thinking everyone else has it better or everyone else’s life is perfect. Can negativity cause depression? Yes, it can. 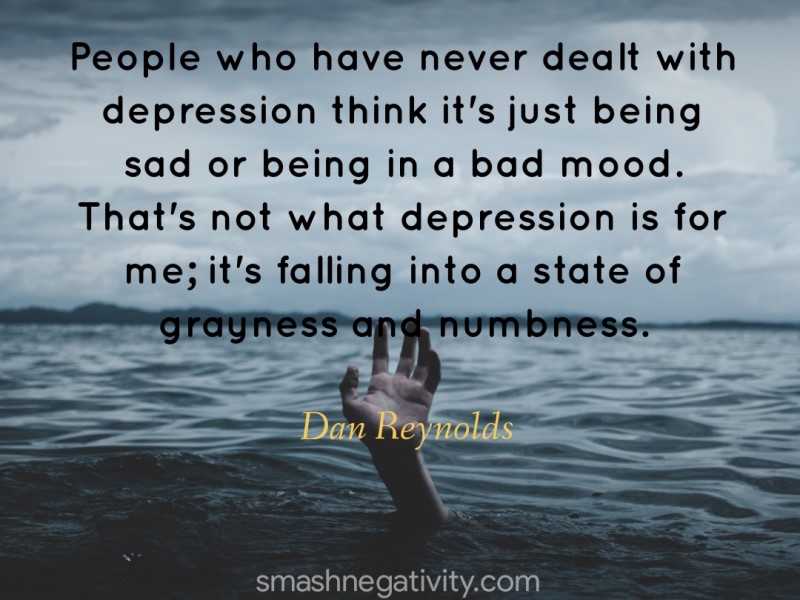 Depression is a bad state to be in; it saps one of the will to live, leaving you bare of hope. Can negativity cause depression? It can!

Depression makes you hide from others who can help you because you fear the hollow they would find in you. It makes you believe you are not worth living and that the world is better off without you.

Can negativity cause depression? Yes, it can! Feeding on negative information or negative events makes one sink deeper into depression and takes the 1% chance of survival. People who commit or attempt suicide don’t want to die. They were only tempted into believing death was the only escape out of their misery which is not. 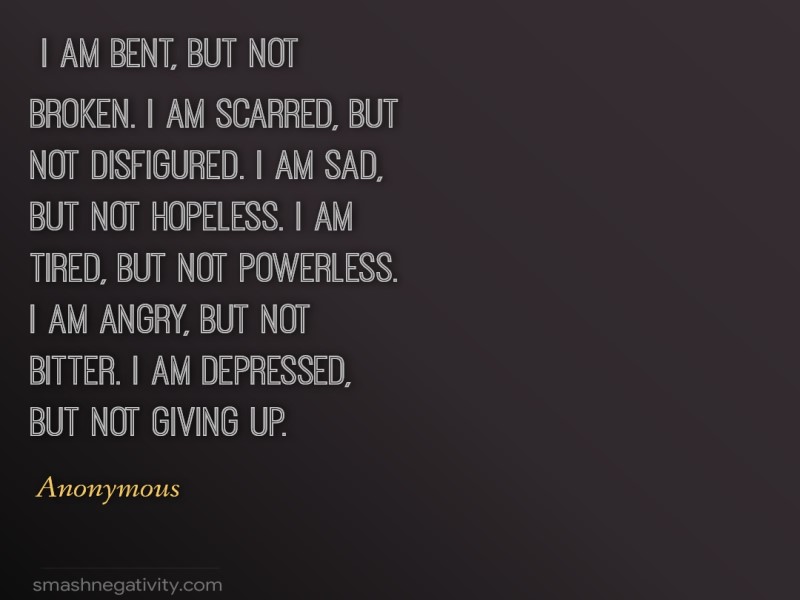 Can Negativity Cause Depression?

That went on for 30 days continuously without fail; at the end of those 30 days, the second plant flourished. At the same time, the first one looked like it would not survive the following days. Now, these plants had equal chances of survival. Why? Because they had equal amounts of water and sunlight and were even planted in the same soil. So what killed one of them? Negativity did.

Can negativity cause depression? Yes, it Can! As not eating healthy foods have negative effects on the body system, so also does feeding on negative information cause depression. It’s just a question of what you feed yourself.

How To Overcome Depression 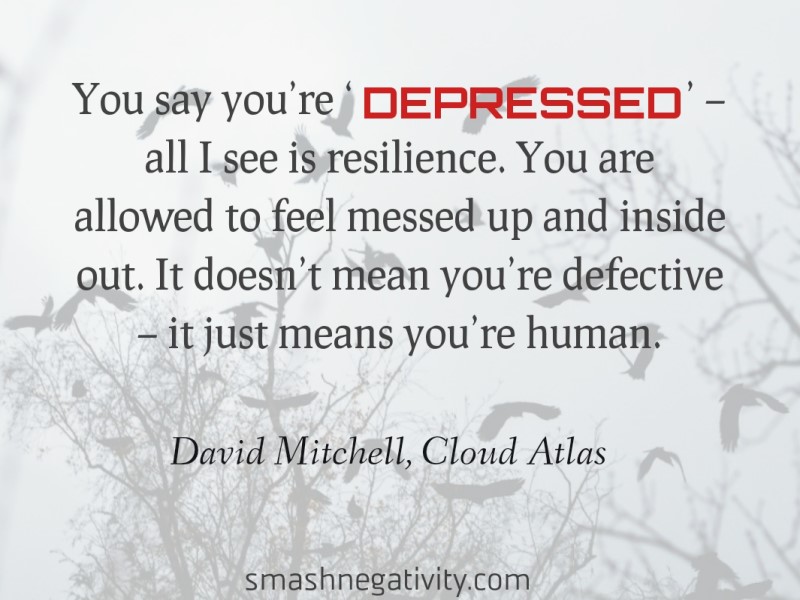 Negativity makes you always want to be alone even though you enjoy the company of others. Yet, you don’t understand how fast you withdraw even from those who love you, leaving you feeling depressed.